Reverie – A Girl Can Dream – Branding 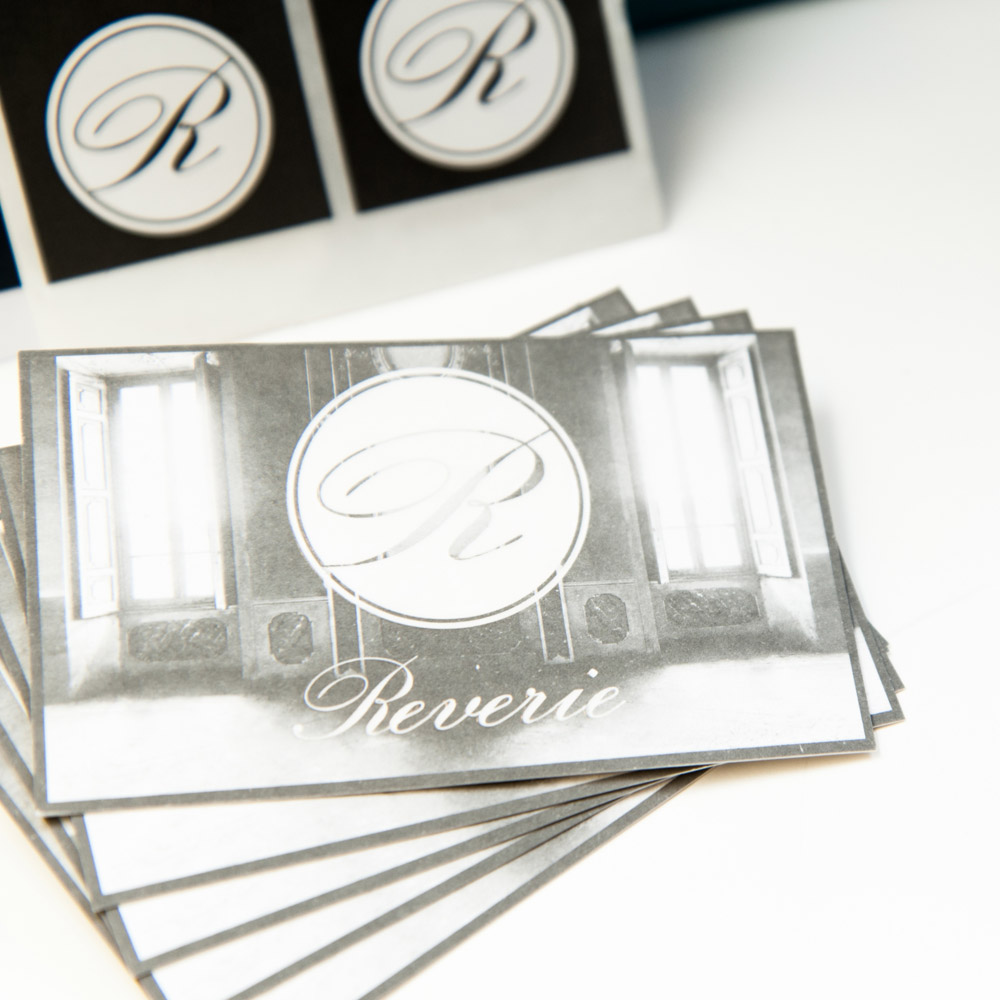 General Store was commissioned to create the brand identity and collateral for a company called A Girl Can Dream. A fanciful name such as that needed an anchor and General Store conceptualized “Reverie” – the definition of which is “a state of being pleasantly lost in one’s thoughts; a daydream.”

Once the name of the shop was decided we moved into the design concept. A vintage clothing store, the inspiration for the concept came from the old design studio’s of Dior and Chanel. The print of architectural details was placed on the store front glass and is mirrored on the semi-transparent bags. The logo of Reverie is light but sophisticated and the single “R” stamp has multiple application possibilities.

We use cookies on our website to give you the most relevant experience by remembering your preferences and repeat visits. By clicking “Accept All”, you consent to the use of ALL the cookies. However, you may visit "Cookie Settings" to provide a controlled consent.
Cookie SettingsAccept All
Manage consent

This website uses cookies to improve your experience while you navigate through the website. Out of these, the cookies that are categorized as necessary are stored on your browser as they are essential for the working of basic functionalities of the website. We also use third-party cookies that help us analyze and understand how you use this website. These cookies will be stored in your browser only with your consent. You also have the option to opt-out of these cookies. But opting out of some of these cookies may affect your browsing experience.
Necessary 常に有効
Necessary cookies are absolutely essential for the website to function properly. These cookies ensure basic functionalities and security features of the website, anonymously.
Functional
Functional cookies help to perform certain functionalities like sharing the content of the website on social media platforms, collect feedbacks, and other third-party features.
Performance
Performance cookies are used to understand and analyze the key performance indexes of the website which helps in delivering a better user experience for the visitors.
Analytics
Analytical cookies are used to understand how visitors interact with the website. These cookies help provide information on metrics the number of visitors, bounce rate, traffic source, etc.
Advertisement
Advertisement cookies are used to provide visitors with relevant ads and marketing campaigns. These cookies track visitors across websites and collect information to provide customized ads.
Others
Other uncategorized cookies are those that are being analyzed and have not been classified into a category as yet.
SAVE & ACCEPT